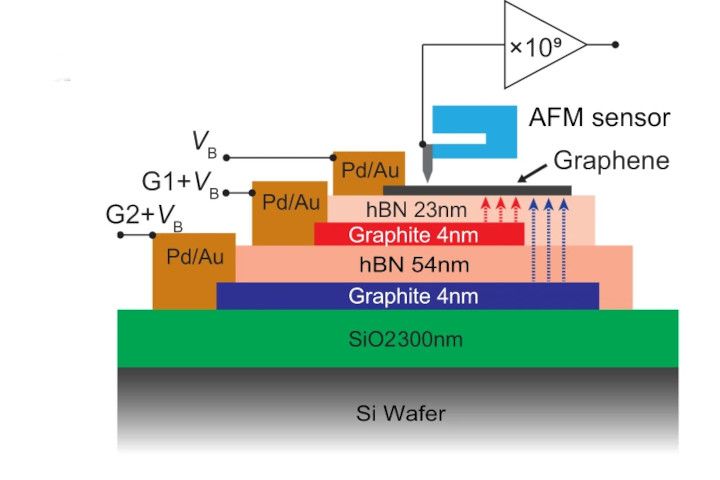 The quantum Hall (QH) effect, a topologically non-trivial quantum phase, expanded the concept of topological order in physics bringing into focus the intimate relation between the “bulk” topology and the edge states. The QH effect in graphene is distinguished by its four-fold degenerate zero energy Landau level (zLL), where the symmetry is broken by electron interactions on top of lattice-scale potentials. However, the broken-symmetry edge states have eluded spatial measurements. In this article, we spatially map the quantum Hall broken-symmetry edge states comprising the graphene zLL at integer filling factors of ν=0,±1 across the quantum Hall edge boundary using high-resolution atomic force microscopy (AFM) and show a gapped ground state proceeding from the bulk through to the QH edge boundary. Measurements of the chemical potential resolve the energies of the four-fold degenerate zLL as a function of magnetic field and show the interplay of the moiré superlattice potential of the graphene/boron nitride system and spin/valley symmetry-breaking effects in large magnetic fields.