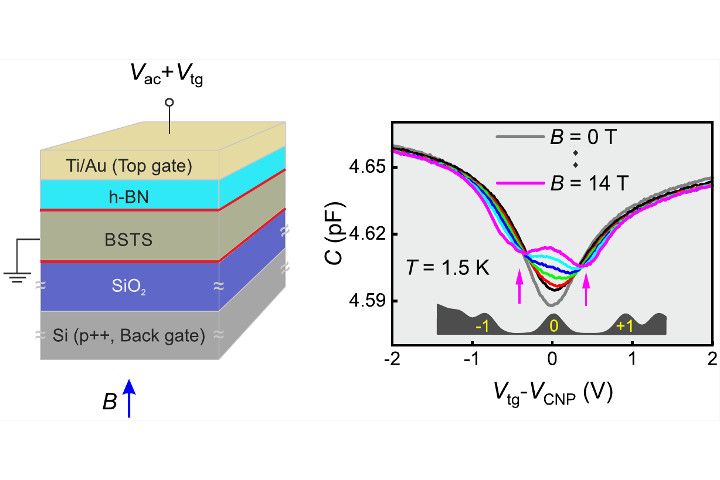 BiSbTeSe 2 is a 3D topological insulator (3D-TI) with Dirac type surface states and low bulk carrier density, as donors and acceptors compensate each other. Dominating low temperature surface transport in this material is heralded by Shubnikov−de Haas oscillations and the quantum Hall effect. Here, we experimentally probe and model the electronic density of states (DOS) in thin layers of BiSbTeSe 2 by capacitance experiments both without and in quantizing magnetic fields. By probing the lowest Landau levels, we show that a large fraction of the electrons filled via field effect into the system ends up in (localized) bulk states and appears as a background DOS. The surprisingly strong temperature dependence of such background DOS can be traced back to Coulomb interactions. Our results point at the coexistence and intimate coupling of Dirac surface states with a bulk many-body phase (a Coulomb glass) in 3D-TIs.