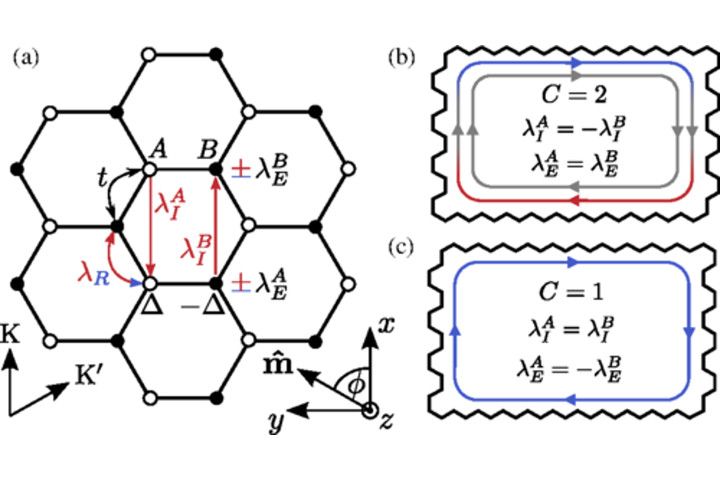 Proximitized graphene is known to exhibit both Kane-Mele and valley Zeeman (staggered) spin-orbit coupling. Using DFT simulations it is shown that when graphene is proximitized with an antiferromagnetic semiconductor, here monolayer MnPSe3, the Dirac electrons exhibit also antiferromagnetic exchange coupling. We thus arrive at four distinct possibilities for the interplay of spin-orbit and exchange physics in graphene: a combination of uniform and staggered couplings. This paper gives specific predictions regarding topological properties of these four parametric regions. In particular it predicts quantum anomalous Hall
phases with Chern number C=1, which is unique for a flat graphene. Remarkably, the combination of staggered intrinsic spin-orbit and uniform out-of-plane exchange coupling gives topologically protected (unlike in time-reversal systems) pseudohelical states, whose spin is opposite in opposite zigzag edges. Rotating the magnetization from out of plane to in plane makes the system trivial.